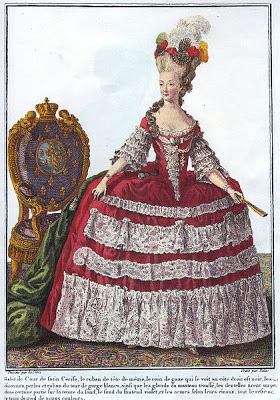 In one sense, Marie Antoinette has been used in advertising since her ascendant as the pivotal star of Versailles--fashion plates and even dolls bearing her likeness were not just demonstrations of the sumptuousness of the crown's wealth or a record of the Queen's appearance, but a figurative, flashing "Buy Me!" sign to all of the fashionable ladies who could afford to aspire to their sovereign's wardrobe choices.

By the time of the queen's death in 1793, however, her status as a walking billboard for the pricey marchande de modes had long since ended. But her death has not stopped her--or her story--from being used in advertisements that market everything from Victorian-era medicines to chocolates and even highlighter pens.

Marie Antoinette, like many historical figures, featured heavily on many 19th and 20th century advertisement cards. These cards were usually either printed as postcards or trading cards--both a potential way to advertise their product to the masses. 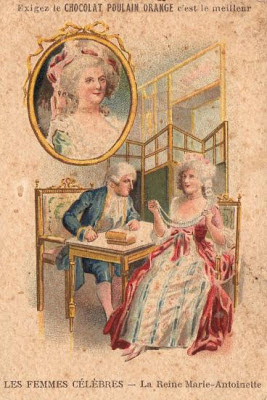 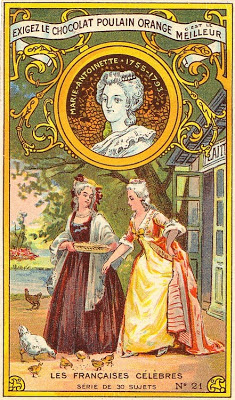 It may seem strange to the modern eye, but advertisements--even those for chocolate--were not limited to scenes of pleasure, such as the above card depicting a leisurely stroll at the Petit Trianon. It was fairly common for 19th century advertisements, such as this card advertising the 19th century chocolate brand, Chocolat Devinck, to utilize famous scenes from history for their postcards and other advertisement. This particular ad depicts Marie Antoinette uttering her famous speech at her trial: "If I have not replied it is because Nature itself refuses to answer such a charge laid against a mother. I appeal to all mothers that may be present!" 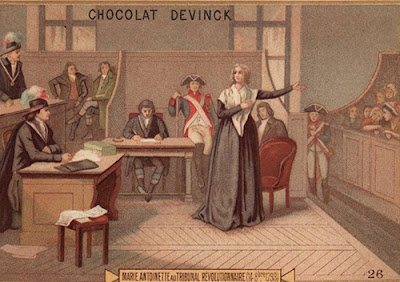 Eno's Fruit Salts were one of the many products that cropped up in the 19th century which were intended as cure-alls to the 'depravity' of the modern condition of living. They are apparently still sold today. This particular advertisement, one of many of Eno's more dramatic approaches, compares revolution and war to the "outraged nature" of the modern life. The cure? Fruit salts, of course! 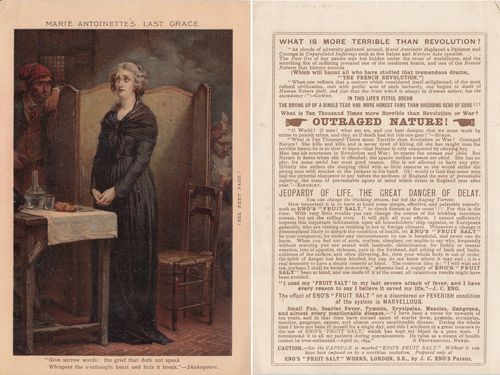 But not every advertisement utilizing Marie Antoinette was so serious--or dramatic. This simple advertising postcard for the shampoo and hair product company, Petrole Hahn, combines the luxury of Marie Antoinette with a soft, romantic illustration inspired by her Lebrun portrait with a rose. A similar card, this time using an illustration of the Princesse de Lamballe, was also released by the company. Who wouldn't want to buy Petrole Hanh, when they could have thick, curly locks like Marie Antoinette? 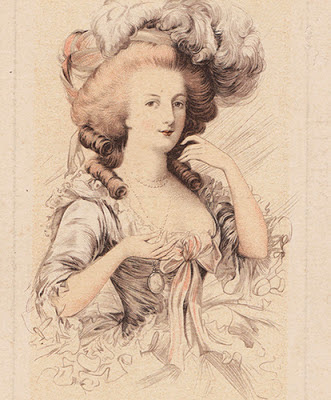 During the mid/early 20th century, Marie Antoinette's name became much more infamous to advertisers. It's during this time period that she seems to have become firmly attached in popular culture to that infamous saying, which of course she never said: "Let them eat cake." The phrase, and its many associations, have not surprisingly played a heavy factor in the usage of Marie Antoinette in advertisements since the mid/early 20th century.


This 1950s or 1960s North West advertisement has a clear message: if it's good enough for the "let them eat cake!" queen of luxury, it's definitely good enough for passengers looking for the maximum comfort in the skies. 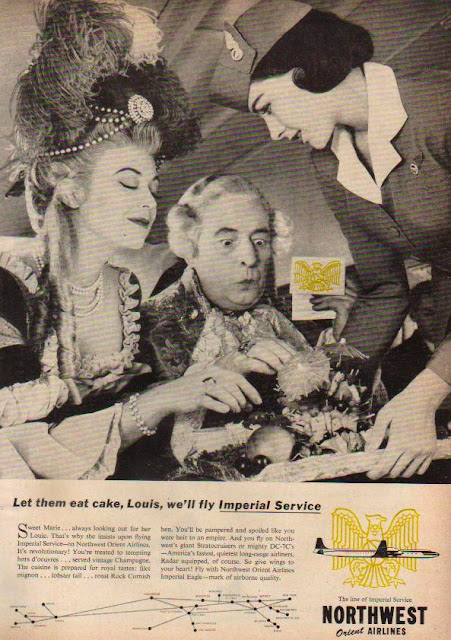 This 1969 Coca-Cola ad was part of a series of tongue-in-cheek historical advertisements Coca-Cola released around the same time. Other figures in the series included Napoleon and Julius Caeser. 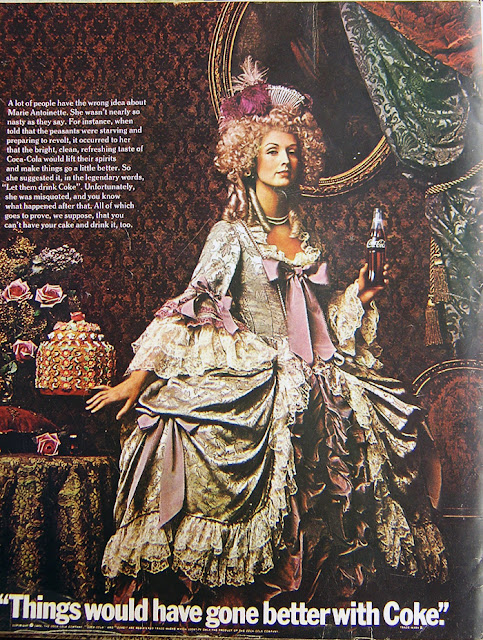 This late 1990s or early 2000s advertisement for the Motorola SkyTel pager uses uses the "cake" legend to present another tongue in cheek message: use the wrong pager, and you could lose your head!